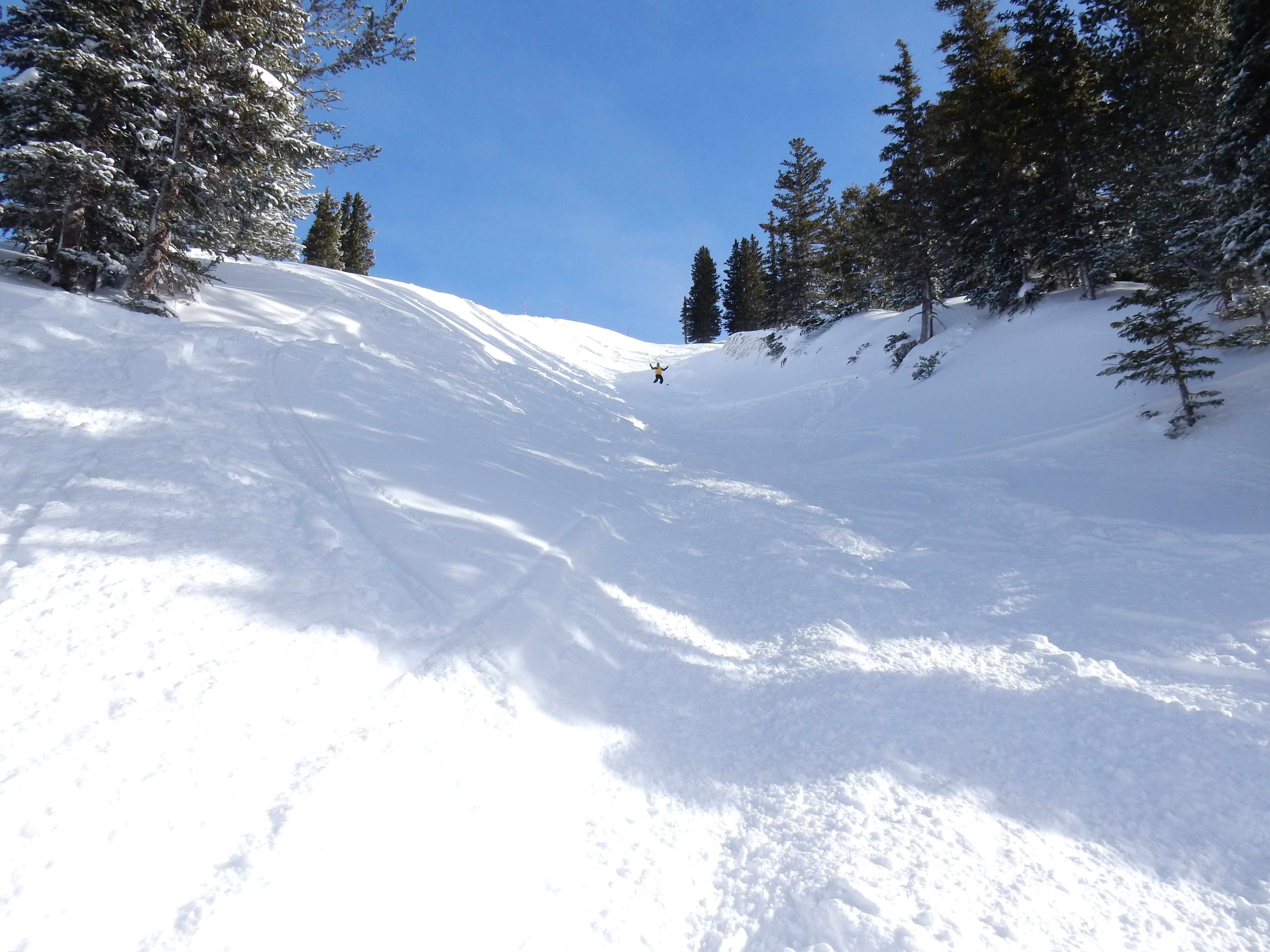 My first time on skis was back in the mid seventies. This guy who owned a ski shop in my neighborhood in Brooklyn used to run a charter up to Hunter Mountain, about two hours north of the city. I took the bus a few times, but those trips were more about carousing than skiing and I didn’t need a two hour bus ride to go drinking, and anyway, at the end of the season the IRS closed the guy down and that was the end of that.

My next experience on skis didn’t happen until almost twenty years later. A buddy of mine caught the ski bug while he was on vacation in Switzerland, and he called me up when he got back. “Norm,” says he. “There’s more to life than work!” The next thing I know I’m in Killington, Vermont, skiing. Poorly. But from that moment on, I couldn’t get enough. And what I discovered was that no matter how bad I was, I could improve a little bit, each time out, and each improvement opened up new possibilities, new experiences, new worlds. As long as I competed strictly with last year’s version of myself, as long as I kept myself from saying “I’ll never be as good as that guy,” or “I will never be able to handle Pipeline,” I could keep my game on an upward trajectory, and here’s the thing about trajectories: they don’t have to be steep. Five degrees may not look like much, but five degrees means you’re still getting better. Means you’re still in the game.

Last year I got hurt and I couldn’t go. Plus, I live a long way from the snow and skiing can be expensive under the best of circumstances. And I have asked myself, in the past, right in the middle of a long, boring plane ride, “Wow, man. Really? How bad do you want this?”

Writing can be like that. A remarkable number of people never read and cannot conceive of writing anything. Others of us, having caught the bug, never really get rid of it. I choose to believe that you can get better at it, that you can stay on that upward trajectory, that new experiences are possible.

Once I am no longer competing with last year’s version of myself, once I have allowed myself to think “I will never be as good at that guy,” I am screwed. Neither skiing nor writing is much fun when you are, consciously or not, holding yourself up to some arbitrary external standard, and when it isn’t fun any more, you might as well get on the bus and go home.

What’s the metric for a good ski trip? Did I make the newspapers? No. Was anyone watching at all? Probably not. Will I make the Olympics? Only if I buy a ticket. Those are not the metrics you want to use, and it isn’t that they are too hard, it’s that they are beside the point. And, they will rob you of your joy and you’ll probably spend your winter at the bar, and your trajectory will suck.

For writers, things are considerably worse because invalid and misleading metrics abound. Did you get an agent? Or a publisher? How big was your advance? Did you get any reviews? What’s your Amazon rank? If you want to hold on to that joy you felt when you first realized that you had game, you need to build a wall between your creative self and all that external shit. The only metric that makes any sense, as far as I can see, is that this new thing you just wrote has to be the absolute best you’ve got. Better than you could have done last year. Because the very last thing you want, either as a writer or a skier, is for that thing you used to love to become an itch you can no longer scratch.

One more thing. Last time I was in Pipeline, I killed that bitch.