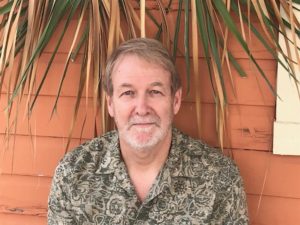 Marjorie Braman, my first editor, was married to a writer. Watching him work, she once told me, very closely resembled watching a guy lie on the couch and stare at the ceiling. But it’s not all fun and ceilings, sometimes you have to stare at a screen, or a legal pad, or even the inside of your eyelids after you’ve fallen asleep in the middle of a sentence. But the truth is, if you want to write, you have to get out, you have to spend time with people, you have to listen to the language on the street corners. With a few notable exceptions like Emily Dickinson, writers cannot be hermits.

I am always at a loss to write a biography.  My history includes a lot of stories and adventures and very few of those neat, nice, impressive Curriculum Vitae-style recitations of my accomplishments.  I am your basic American mongrel, son of a father who seemed happiest when he was behind the wheel of a U-Haul truck. I was born in Massachusetts and grew up in various parts of New England. I went to high school in the late sixties and early seventies, learned mostly that I didn’t like school. I must have inherited some of my father’s gypsy spirit, because I left home shortly after school with little idea of who I was or where I was going.

I was in Brooklyn, New York in ’76 when I married a wonderful girl (took her hostage, some might say). I didn’t stay too long in New York, not that time, anyway.

In the years since, my restless, irritable and discontented nature has taken me from one place to another and from one career to another. May you lead an interesting life, so goes the ancient Chinese curse, and mine has not been boring. I may be one of those people who has trouble distinguishing fear from exhilaration. In lieu of 401k’s and IRA’s, I have a lot of stories.

It’s not something I thought about ahead of time, not a path I would recommend to anyone, but it is one of the more time-honored ways to grow a novelist.

The tuition is a bitch, though.

And Marjorie Braman, wherever you are: Peace, baby.