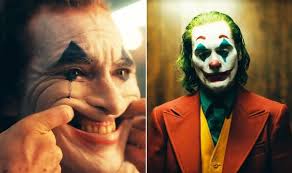 I love movies. Some of them, anyhow. My wife and I have an ongoing joke: she likes movies with lots of dialogue and I like movies with gratuitous nudity and violence. There might be a grain of truth to that, but really, movies interest me because those who make them face the same problems that novelists do, even though we use fundamentally different tools to solve those problems. A director has actors, sets, lighting, camera angles, props, makeup, special effects…

Still, I think writers can learn a lot from watching movies. What made you laugh? What made you think? What bored you? And more important, how did the actors, script writer, director, editors, et al, go about creating characters that you could understand and care about? What did they show you?

So I went, somewhat reluctantly, to see Joker last night. Reluctantly for a few reasons. One, I don’t much like cartoons unless we’re talking Warner Bros or Rocky and Bullwinkle. And two, I am not a huge fan of Joaquin Phoenix, he never struck me as a guy who had all of his tires on the pavement. And three, I have had more than my share of disordered thinking in life, I’m not sure I’m in the market for more, if you know what I’m saying. But when your bros want to see it, you don’t want to be that guy, right? So I went.

Joker blew me away.

This is a cartoon character we’re talking about. A guy who wears face paint? Really? And his nemesis is some nutbag in a cape pretending to be a bat? Are you kidding? And yet this movie renders the Joker achingly, painfully and fully human. Sympathetic, relatable, real, even. So the thing about writing villains that you have to remember is that your guy thinks the book is about him. He genuinely believes that he’s the hero. Not freakin’ Batman.

Joker, the movie, pulls this off in spades. And if anyone other than Joaquin Phoenix wins the Oscar for best actor this year, we need to boycott.

Seriously, if you are a writer, you need to go see Joker. And don’t just get lost in the story, either. Pay attention. Watch how they do it.